Reactivated viral genes may be at the center of some forms of amyotrophic lateral sclerosis (ALS), according to a study conducted by researchers from the National Institutes of Health.

Remnants of ancient human endogenous retroviral gene (HERV) infections are passed on through genetics. Although typically referenced as “junk DNA,” these genes may become active during ALS, suggesting that they may be a feasible target for treatment.

“We may have discovered a precision medicine solution for treating a neurodegenerative disorder,” said study author Avindra Nath, MD.

Nath and colleagues were motivated to explore the link since in some cases, patients with HIV-AIDS develop ALS-like symptoms. These symptoms can often be revered with antiretroviral drugs. Additionally, previous studies have found reverse transcriptase, a protein that is encoded by retroviral genes, in the blood of some ALS patients.

The researchers found that the brains of ALS patients had higher concentrations of mRNA encoded by genes of HERV-K. The protein env, which is encoded by a HERV-K gene, was also found in the ALS brain samples, but not in those from healthy individuals or patients with Alzheimer’s disease. Additionally, activation of HERV-K genes destroyed healthy human neurons grown in petri dishes.

In order to examine the role of HERV-K genes in ALS, the researchers used genetically-modified mice whose neurons activated the HERV-K env gene. These mice died earlier and experienced problems with balance and walking that progressively worsened over time. Upon examination, the researchers found that only motor neurons were damaged in the mice, while other cells in the nervous system remained healthy.

“We showed that motor neurons may be susceptible to activation of these genes during ALS,” Nath said.

To further demonstrate the relationship, the researchers genetically enhanced TDP-43 — a gene-regulating protein that has been linked to ALS and is known to control HIV production — in human neurons, where it increased the cell’s production of HERV-K mRNA and proteins. When they blocked TDP-43, HERV-K reverse transcriptase activity was reduced.

Nath and colleagues are now collaborating with researchers at Johns Hopkins University to assess whether antiretroviral treatments are effective at controlling HERV-K replication in a cohort of ALS patients. 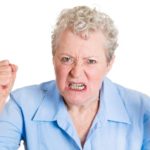