Antiretroviral therapy is effective for treatment of human immunodeficiency virus (HIV)-related motor neuron disease (MND) associated with activation of the human endogenous retrovirus K (HERV-K) within the brain and cortical neurons, according to a National Institute of Health (NIH) study. The small study, which was reported in Neurology,1 included 5 patients with HIV infection who developed signs that closely resembled amyotrophic lateral sclerosis (ALS).

Of the 5 patients treated, ALS-like symptoms reversed completely in 3 and progression was slowed in the other 2. All patients demonstrated both upper and lower motor neuron involvement that was observed to be consistent through independently performed serial electromyogram (EMG) and nerve conduction studies.

An accompanying editorial2 by Joseph R. Berger, MD, of the University of Pennsylvania and Christopher Power, MD, of the University of Alberta in Canada, noted that coexistent cases of ALS and overlapping HIV infections were first reported in 1981,3 although over subsequent years, these cases appeared to remit or at least stabilize. Seven cases of ALS-type symptoms were effectively resolved by antiretroviral therapy in seropositive HIV patients in 2001.4,5 The suggestion at the time was that the mechanism of retroviruses provided the perfect vehicle for transmission of ALS into the DNA. This HERV-K variation appears to be symptomatically identical to idiopathic ALS, with the important exception that it appears to be largely treatable if caught early.

Based on this history, the investigators monitored HERV-K levels in all 5 patients studied. Antiretroviral therapies may produce varied responses in different cell types, and some of the agents have reduced uptake by the central nervous system (CNS), although the degrees of variation are not clearly measurable. One patient treated with a dosage sufficient to manage viral load still demonstrated HERV-K activity, and so the dose was enhanced, which resulted in stabilizing the HERV-K levels. Three of the patients who received antiretroviral treatment within 6 months of the appearance of ALS-like symptoms showed significant improvement in those symptoms, suggesting that up to 6 months is the optimal treatment window when given in higher doses that penetrate the CNS.

As it appeared that HERV-K levels, while reduced in all patients, did not fully arrest after treatment, the investigators further recommended monitoring HERV-K levels to prevent re-elevations from occurring over time.

Although this initial study was small, Drs Berger and Power speculate that it points to acquired HERV-K activation as a potential mechanism for HIV-associated ALS that may be generalizable to other sporadic forms of ALS. If this turns out to be the case, they suggest, then by extension, HERV-K expression in people without HIV infection suggests justification for antiretroviral therapy at similar doses to reduce HIV-ALS-type symptoms. 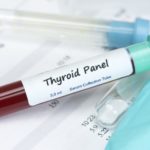