There is a statistically greater association between APOE ε4 and cerebrospinal fluid (CSF) total tau and phosphorylated tau in women compared with men, especially in those who are amyloid positive, according to a study in JAMA Neurology.

In terms of demographics, the homogenous nature of each of the study’s cohorts potentially limits the generalizability of the main study’s findings. 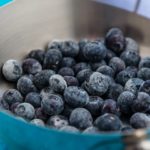