Benzodiazepine Use In Alzheimer's: Weighing the Risks and Benefits - Neurology Advisor

An observational study published in the Canadian Medical Association Journal showed that patients with Alzheimer’s disease who were receiving benzodiazepines had a risk for pneumonia 30% greater than that of matched control patients. Patients were at highest risk within the first 30 days of benzodiazepine initiation.1

The research team, led by Heidi Taipale, PhD, from the University of Eastern Finland’s Kuopio Research Centre of Geriatric Care, sought to determine whether benzodiazepine drugs and the similar-acting nonbenzodiazepines known as z-drugs affected the risk for hospitalization or death from pneumonia in community-dwelling adults with newly diagnosed Alzheimer’s disease. Patient data were derived from the MEDALZ cohort, a registry of all community-dwelling adult residents of Finland who received a clinically verified diagnosis of Alzheimer’s disease between 2005 and 2011, and several other Finnish government databases. Patients who used benzodiazepines or z-drugs within the year before Alzheimer’s diagnosis were excluded, as were patients with recent hospitalizations.

In an accompanying CMAJ editorial, Paula Rochon, MD, from Women’s College Hospital and the University of Toronto, Ontario, Canada, and colleagues stated that the study is a good reminder to clinicians to “first do no harm” when prescribing benzodiazepines or Z-drugs to frail older women and men with dementia. “Nonpharmacologic approaches should be the starting point when managing neuropsychiatric symptoms in this patient population, which should help to limit inappropriate use of these drugs,” they wrote. “For individuals already receiving benzodiazepines or Z-drugs, this study’s findings underline the importance of regularly reviewing medications and re-evaluating their need.”2

When asked what further research is needed on the association between benzodiazepine use and pneumonia, lead investigator Heidi Taipale, PhD, told Infectious Disease Advisor it would be useful for the results of her paper to be confirmed. “In addition,” she stated, “further research should be done to elaborate the possible pharmacological mechanism between benzodiazepine use and pneumonia, and whether benzodiazepines actually suppress immune response as speculated in previous studies.” 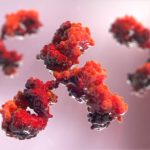 Alzheimer’s Dementia Does Not Respond to IV Immunoglobulin