HealthDay News — Breakdown of the blood-brain barrier (BBB) may be an early biomarker of cognitive dysfunction, independent of amyloid or tau marker status, according to a study published online Jan. 14 in Nature Medicine.

The researchers noted a significant positive correlation between sPDGFRβ and classical biomarkers of BBB breakdown, including the CSF to plasma albumin ratio and CSF fibrinogen.

“If the blood-brain barrier is not working properly, then there is the potential for damage,” a coauthor said in a statement. “It suggests the vessels aren’t properly providing the nutrients and blood flow that the neurons need. And you have the possibility of toxic proteins getting in.” 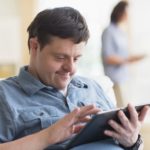 Increased Dementia Risk in Older Adults With Down Syndrome