HealthDay News — Former soccer players have an increased risk for mortality from neurodegenerative diseases, according to a study published in the New England Journal of Medicine.

Daniel F. Mackay, PhD, from the University of Glasgow in the United Kingdom, and colleagues compared mortality from neurodegenerative disease among 7,676 former professional soccer players and 23,028 matched controls.

The researchers found that up to the age of 70 years, all-cause mortality was lower among former players, but thereafter, mortality was higher. Compared with controls, former players had lower mortality from ischemic heart disease and lung cancer (hazard ratios, 0.80 and 0.53, respectively).

Mortality with neurodegenerative disease listed as the primary cause occurred in 1.7 and 0.5 percent of former soccer players and controls, respectively (hazard ratio after adjustment for competing risks of death, 3.45). Among former players, there was variation according to disease subtype in mortality with neurodegenerative disease listed as the primary or contributory cause listed on the death certification. Mortality was highest and lowest for those with Alzheimer disease and Parkinson disease, respectively (hazard ratios, 5.07 and 2.15, respectively). Former players more often were prescribed dementia-related medications than controls (odds ratio, 4.90).

“Whilst every effort must be made to identify the factors contributing to the increased risk of neurodegenerative disease to allow this risk to be reduced, there are also wider potential health benefits of playing football to be considered,” a coauthor said in a statement. 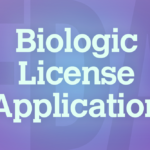