Carriers of the APOE ε4 genotype show alterations in brain development as early as childhood, suggesting that the polymorphism may help identify individuals who may benefit from early interventions for neurological diseases.

The results confirm the findings of smaller, prior studies that showed carriers of the APOE ε4 genotype were more likely to develop Alzheimer’s disease than carriers of the ε2 and ε3 variants. There are 6 possible gene variants: ε2ε2, ε3ε3, ε4ε4, ε2ε3, ε2ε4, ε3ε4.

In this study, researchers led by Linda Chang, MD, of the University of Hawaii in Honolulu, evaluated the effects of the 6 APOE ε genotypes in 1187 healthy children (aged 3–20 years, 52.1% boys, 47.9% girls) via MRI and cognitive assessments.

“… ε4 homozygosity might slow maturation of the hippocampus and cortical thickness, which in turn might negatively affect white matter and attention,” the authors wrote. “Mirroring these findings, older individuals with ε4 homozygosity had the highest prevalence for Alzheimer’s disease (50%–91%) and the greatest hippocampal and temporal lobe atrophy among genotypes.”

“Given the urgent need to determine how early patients with AD should receive interventions or preventive treatments, a thorough understanding of how AD risk genes, such as APOE ε4, might independently or interactively influence the brain across the ages, is needed,” the authors concluded. 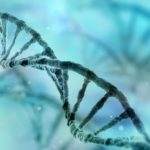