Investigators on the Anti-Amyloid Treatment in Asymptomatic Alzheimer’s Disease (A4) Study — testing the beta-amyloid scavenging drug solanezumab in clinically healthy people at elevated risk for Alzheimer’s disease — now have an extra $8 million to examine additional aspects of the disease.

The funds will support additional evaluations in a subset of A4 participants and also a complementary study of 500 individuals volunteering for the drug trial but not enrolled.

Most noteworthy will be brain PET scans aimed at measuring participants’ burdens of tau protein deposits. 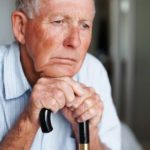 Overuse of Antipsychotics is Costly, Dangerous for Dementia Patients