Lower cognitive ability at age 20 is associated with a higher risk for early-onset dementia, with the link between the 2 varying based on age at cognitive testing and time of dementia onset, according to the results of an analysis reported in Neurology.

Using data derived from Hospital Discharge or Causes of Death Registries in Finnish men from the Helsinki Birth Cohort Study, investigators sought to examine whether the Finnish Defence Forces Basic Intellectual Test scores among men at 20.1 years of age were predictive of risk for organic dementia or Alzheimer’s disease (AD). Dementia was defined as inpatient or outpatient diagnosis of organic dementia or AD risk in a total of 2785 men, who were divided according to age at first diagnosis into an early-onset (<65 years) or a late-onset (≥65 years) dementia group.

The Finnish Defence Forces Basic Intellectual Test includes verbal, arithmetic, and visuospatial subtests, as well as a total score. For all of the analyses, cognitive ability test scores were converted into IQ-type scores with a mean of 100 and a standard deviation (SD) of 15. Using Cox proportional hazard models, the researchers adjusted their findings based on age at testing, mother’s age at delivery, parity, participant’s birthweight, childhood socioeconomic status, education, and diagnosis of stroke or coronary heart disease.

Lower cognitive ability total and verbal ability scores (hazard ratio [HR], per 1 SD disadvantage >1.69; 95% CI, 1.01-2.63) were predictive of greater early-onset dementia risk. Furthermore, arithmetic and visuospatial ability scores were similarly linked with risk for early-onset dementia, but the associations weakened after adjustment for covariates (HR per 1 SD disadvantage >1.57; 95% CI, 0.96-2.57). All of the associations became nonsignificant when the investigators adjusted for a participant’s education; cognitive ability was not predictive of late-onset dementia risk.

The investigators concluded that possible differences in the association between cognitive ability and risk for dementia may be, in part, the result of distinct heritable or nonheritable mechanisms. The results of the current study need to be replicated in larger patient cohorts because the number of cases with any dementia or AD reported in this study was small. 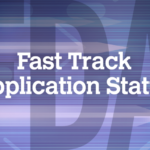