HealthDay News — A gene mutation appears to speed up the loss of memory and cognitive skills in patients with Alzheimer’s disease, according to a study published in Neurology.

Researchers said the gene mutation — called BDNF Val66Met allele, or the Met allele — was pinpointed by following 1023 people who were at risk of developing Alzheimer’s disease. The researchers followed them for 13 years. The participants’ average age was 55 at the start of the study. Blood samples were tested for the gene mutation. Memory and cognitive abilities were tested at the start of the study and at up to 5 visits during the study period.

The 32% of participants with the Met allele lost memory and cognitive skills more rapidly than those without the gene mutation, the researchers found. The decline was even quicker among those with both the Met allele and higher levels of β-amyloid.

“Because this gene can be detected before the symptoms of Alzheimer’s start, and because this presymptomatic phase is thought to be a critical period for treatments that could delay or prevent the disease, it could be a great target for early treatments,” study author Ozioma Okonkwo, PhD, of the University of Wisconsin School of Medicine in Madison, said in a news release from the American Academy of Neurology. “It is critical for future studies to further investigate the role that the BDNF gene and protein have in β-amyloid accumulation in the brain.” 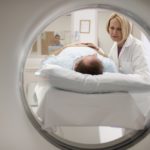