Intranasal administration of oxytocin twice daily for 1 week was safe and well tolerated and showed preliminary signs of improvement in symptoms of apathy and loss of empathy in patients with frontotemporal dementia, according to a new study.

Dr. Finger explained to Medscape Medical News that frontotemporal dementia is the second most common cause of presenile dementia. “It typically starts in the 50s or 60s and appears to have a different pathology to Alzheimer’s, with loss of empathy being the hallmark symptom in the most common subtype — known as behavioral variant.” 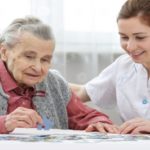