Plasma neurofilament light (NfL) chain protein identifies the progression of neuronal damage in the brain, which may offer prognostic value for Huntington disease (HD), according to findings published in Neurology.

Using data from a cohort of the TRACK-HD study, a multisite longitudinal study featuring premanifest and manifest HD, investigators identified patients from the cross-sectional (n=198) and longitudinal (n=177) analyses of HD gene expansion carriers. The primary goal was to determine associations between measured plasma NfL concentrations and regionally specific brain atrophy in each group. Voxel-based morphometry was used to identify the associations between baseline Nfl concentrations with white matter and gray matter volume, and investigators compared these findings with long-term neuronal changes over a 3-year period.

In both the cortical and subcortical gray matter and white matter, higher baseline Nfl concentrations were associated with reduced brain volume. These associations were particularly pronounced in the occipital lobe and the striatum. After adjustment for age and CAG repeat length, 2 predictors for HD progression, investigators noted that higher Nfl concentrations were primarily associated with volume loss in the occipital cortex, putamen, and caudate. At 3 years, Nfl levels were predictive of occipital gray matter damage as well as reductions in white matter volume.

Measuring plasma NfL levels is a relatively simple clinical application for patients with HD, and the findings from this study suggest NfL is a “biomarker that has close links to the underlying pathology of HD and shows promise as a dynamic marker of ongoing neuronal change.” 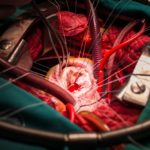 Premature Dementia Risk Increased in Those With Heart Defects