The use of proton pump inhibitors (PPIs), even in individuals with high cumulative drug exposure, is not associated with an increased risk for dementia, according to findings from a prospective, population-based cohort study published in the Journal of the American Geriatric Society.

A random sample of dementia-free study participants 65 or older residing in the Seattle, Washington, area were included in this study (N=3484). Screening for dementia occurred at 2-year intervals. Electronic pharmacy data provided time-varying PPI exposure and duration of PPI use data.

In the included cohort, a total of 827 participants (23.7%) were diagnosed with dementia during a mean follow-up period of 7.5 years. Of newly diagnosed dementia cases, exposure to PPIs was not significantly associated with an increased risk for Alzheimer disease (P =.77) or dementia (P =.66).

Due to the fact that a cumulative PPI dose was evaluated over a 10-year period, the investigators noted that they could not identify a specific dose-response relationship for dementia risk. In addition, generalizability of these findings may be difficult since the study included primarily participants of European descent.

Despite the potential safety issues with using PPIs long-term, the findings from this study “do not support that patients and clinicians should avoid these medications because of concern about dementia risk.” 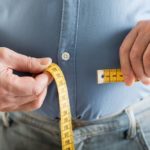