Pseudobulbar affect (PBA) is a relatively common disorder of emotional expression that occurs in many neurologic disorders including amyotrophic lateral sclerosis (ALS), multiple sclerosis (MS), stroke, dementia, parkinsonian disorders, brain tumor, and traumatic brain injury. Pseudobulbar affect is a significant national health issue in the United States, occurring in greater numbers of individuals than those affected by Parkinson disease, MS, or ALS. An estimated 2 million individuals are affected in the United States.1 According to The PBA Registry Series,  the prevalence of PBA symptoms in patients with specific neurologic conditions is as follows: Alzheimer disease, 29%; ALS, 45%; MS, 46%; Parkinson disease, 26%; stroke, 38%, and traumatic brain injury, 52%.2 Despite the significant prevalence of this disorder, many providers are unaware of or frequently misdiagnose PBA.

Pseudobulbar affect is characterized by sudden, frequent, uncontrollable outbursts of crying and/or laughing that may be disproportionate or inappropriate to the social context. Although patients may experience uncontrollable crying, laughing, or both, the former appears to be a more common manifestation of PBA. Crying is often described as occurring in situations that are sad or otherwise emotionally touching but that would not have produced such a striking emotional response from the patient in the past. Examples might include a sad television show, the death of a distant relative, or a show of affection by a child or grandchild. Uncontrolled laughing may occur in situations that are only mildly amusing and may have produced a chuckle under normal circumstances. The degree of the emotional response by the patient is often striking, with the crying or laughter persisting for a considerable period of time and unable to be suppressed by the patient. In addition, laughing and crying by the patient may occur in situations that are not perceived by others as being sad or funny.1

The pathophysiology of PBA is incompletely understood, but symptoms are thought to result from damage to neural pathways associated with motor functioning and emotional processing. Data suggest that PBA is underrecognized by neurologists and psychiatrists; therefore, many cases are believed to go unrecognized or misdiagnosed.1 As inconsolable episodes of crying are frequent with PBA, this disorder is often misdiagnosed as depression. When misdiagnosed as depression or another personality disorder, such as bipolar disorder, inappropriate management of PBA ensues. Patients are often started on selective serotonin reuptake inhibitors (SSRIs), other antidepressants, or psychotherapy with mild to no relief of symptoms because of misdiagnosis.

To differentiate between PBA and depression, it is valuable to determine the duration of the crying episodes in order to distinguish PBA from depression. Episodes of crying with depression are often longer in duration than the episodes of pathologic crying characteristic of PBA. With depression, crying episodes commonly last weeks to months in contrast to the very brief duration of PBA episodes. Both the exaggerated emotional response and the discordance between mood and emotional display are additional characteristics of PBA that are not expected with depression.1 Patients with PBA often sob uncontrollably for seemingly no reason while verbalizing that they are not sad. They often lack the neurovegetative features of depression such as sleep disturbances and changes in appetite.

Two sets of published diagnostic criteria are available to help differentiate PBA from depression. The first set of diagnostic criteria was developed by Poeck in 1969.3 These 4 criteria include: emotional response is situationally inappropriate, the patient’s feelings and the affective response are not closely related, the duration and severity of the episodes cannot be controlled by the patient, and expression of the emotion does not lead to a feeling of relief. The second set of diagnostic criteria was developed by Cummings et al in 2006.4 These criteria describe a change from previous emotional responses, inconsistent with or disproportionate to mood, not dependent on a stimulus, or are excessive relative to that stimulus, cause significant distress or social/occupational impairment, are not accounted for by another psychiatric or neurologic disorder, and are not due to a drug.

These uncontrollable episodes of crying or laughter come with a great deal of social anxiety. Patients with PBA have no control over when these outbursts will occur or how long they will last. They are unable to voluntarily stop these episodes once they begin. This can be extremely embarrassing for these patients especially when the episodes occur in inappropriate situations and settings. Many patients with PBA experience social isolation as they avoid situations where they are in the presence of people who do not understand what may be happening to them. Because this disease leads to severe social anxiety, embarrassment, and social isolation, proper diagnosis and appropriate treatment are imperative.

The goal of treatment of PBA is to diminish the severity and frequency of episodes. The targets of treatment are primarily norepinephrine, serotonin, or glutamate, using tricyclic antidepressants (TCAs), SSRIs, and the cough suppressant dextromethorphan.1 Prior to approval by the US Food and Drug Administration of the combination of dextromethorphan hydrobromide and quinidine sulfate (Nuedexta®), all treatments had been off-label. The treatment combines dextromethorphan hydrobromide (20 mg), the ingredient active in the central nervous system, and quinidine sulfate (10 mg), a metabolic inhibitor that enables dextromethorphan to reach therapeutic concentrations. Although the mechanism by which the drug exerts therapeutic effects in patients with PBA is unknown, it acts on sigma-1 N-methyl-D-aspartate receptors in the brain and spinal cord. Studies to support the effectiveness of dextromethorphan/quinidine were performed in patients with ALS and MS. In the STAR (Safety, Tolerability, and Efficacy Results Trial of AVP-923 in PBA; ClinicalTrials.gov Identifier: NCT00573443) clinical trial, the primary outcome measure — the number of laughing and crying episodes — was significantly lower in those treated with the drug combination compared with those receiving placebo. Although the mechanisms are not fully understood, serotonergic and glutamatergic transmission appear to play major roles, and there are clear therapeutic benefits in treatment for PBA with SSRIs, TCAs, or dextromethorphan/quinidine.

The number of individuals with neurologic conditions is substantial, and many of these also experience PBA, which can cause emotional distress due to social anxiety, embarrassment, and social isolation. With nearly 2 million individuals in the United States experiencing the uncontrollable crying and/or laughing of PBA, this represents a significant national health issue in need of attention from primary care providers. Lack of familiarity with the disorder by patients, caregivers, and clinicians may be contributing to the underrecognition and undertreatment of PBA. Primary care providers can contribute to raising awareness of PBA and its treatment options by sharing resources with patients and their families.  Resources for patients with PBA and their caregivers are available online at The National Stroke Association, the Multiple Sclerosis Association of America, and PBAInfo. 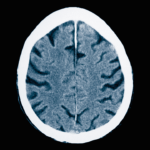