Pimavanserin is effective for short-term improvement of psychotic symptoms at up to 6 weeks of treatment in patients with Alzheimer disease (AD), with no apparent negative effects on cognitive or motor function, according to a phase 2, randomized, double-blind study published in Lancet Neurology.

From a network of 133 UK nursing homes, investigators enrolled patients with possible or probable AD age ≥50 years who had experienced psychotic symptoms as determined by the Jeste and Finkel criteria for psychosis of AD (eg, visual or auditory hallucinations, delusions, or both). The investigators assigned participants to receive either 2 tablets of pimavanserin 17 mg per day (n=90) or placebo (n=91) for up to 12 weeks. Patients were required to score ≥4 on delusions (frequency x severity) or hallucinations (frequency x severity) or a combined score of ≥6 (hallucinations+delusions) on the Neuropsychiatric Inventory–Nursing Home version (NPI–NH) psychosis scale for inclusion. Primary end point was comprised of the average 6-week NPI-NH psychosis score change from baseline. Additionally, researchers assessed the long-term effects of pimavanserin vs placebo at 12 weeks.

The majority of the study’s small cohort included patients with moderate psychosis, which limits the ability to extrapolate the findings to patients with more severe AD. In addition, a small number of patients had previously been prescribed atypical antipsychotic medications, and the study did not attempt to discover whether these medications were associated with the observed decrease in psychotic symptoms.

Future trials are needed to determine the long-term benefit of pimavanserin in patients with AD with severe psychosis, especially because, “measures of cognition and function have limited sensitivity over 12 weeks and need to be interpreted cautiously.” 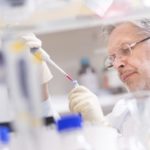