Tau positron emission tomography (PET) imaging may be useful for showing biological changes in the brain associated with Alzheimer disease (AD) and the development of mild cognitive impairment, according to the findings from a cross-sectional imaging study published in JAMA Neurology.

The mean age in this cohort was 38, which was 6 years younger than the expected age of AD onset in mutation carriers. Cognitively unimpaired mutation carriers had higher cortical Pittsburgh Compound B distribution volume ratio levels during their late 20s compared with non-carriers. In addition, the medial temporal lobe regions had elevated tau deposition levels in amyloid-positive mutation carriers approximately 6 years prior to AD clinical onset.

The small sample size of this study may limit the generalizability of the findings across the larger population. Investigators of this study also suggest that the limited identification of PET may have had an impact on the temporal differences between the observed amyloid and tau pathology.

In addition to tau PET imaging being a potentially useful biomarker for determining risk for developing clinical AD symptomatology, the findings also suggest that this imaging approach may help clinicians “track progression of the disease and evaluate response to disease-modifying treatments.” 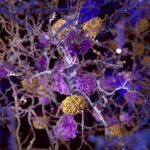