A review published in the Cochrane Library aimed to assess the safety and efficacy of pharmacologic treatments for apathy in patients with Alzheimer disease and other primary outcomes.

Study authors searched the Specialized Register of the Cochrane Dementia and Cognitive Improvement Group (ALOIS), MEDLINE, Embase, CINAHL, PsycINFO, LILACS, ClinicalTrials.gov and the World Health Organization (WHO) portal, ICTRP databases for double-blind, randomized, placebo-controlled trials investigating apathy as a primary or secondary outcome in patients with Alzheimer disease. They rated the overall quality of evidence for each outcome and calculated mean differences (MD) or risk ratios (RR) for all relevant outcome measures.

A total of 21 studies involving 6384 patients were included in the quantitative analyses. Three studies evaluating methylphenidate and 1 evaluating modafinil had a primary objective of improving apathy among patients who had clinically significant apathy at baseline.

Study authors found insufficient evidence to determine the effect of modafinil on apathy according to the FrSBe-apathy scale (MD 0.27, 95% CI: -3.51 to 4.05).

Based on the meta-analysis, the authors concluded methylphenidate may improve apathy, cognition, and functional performance in Alzheimer’s disease patients (low quality evidence). “Additional studies should be encouraged targeting people with [Alzheimer’s disease] with clinically significant apathy which investigate apathy as a primary outcome measure, and which have a longer duration and a larger sample size. This could increase the quality of evidence for methylphenidate, and may confirm whether or not it is an effective pharmacotherapy for apathy in [Alzheimer’s disease],” concluded lead author Myuri T Ruthirakuhan. 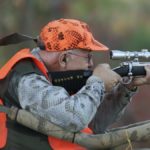 Approaches to Firearms for Persons With Dementia Discussed