HealthDay News — Daily doses of triheptanoin, a triglyceride oil, may help normalize brain metabolism in people with Huntington’s disease, according to study published in Neurology.

Fanny Mochel, MD, PhD, an associate professor of genetics at Pitie-Salpetriere University Hospital in Paris, and colleagues broke the study into two parts. In the first part, the authors used magnetic resonance imaging brain scans to analyze brain energy metabolism of nine people with early Huntington’s symptoms and 13 healthy people before, during, and after they viewed images that stimulated the brain. The test was repeated one month later. In those without the disease, brain metabolism increased during visual stimulation, then returned to normal. In those with Huntington’s, there was no change in their below-normal brain metabolism with visual stimulation.

In the second part, 10 people with Huntington’s, including five participants from the first part, received triheptanoin oil three or four times a day. The odorless, flavorless oil contains special fatty acids believed to provide an alternative energy source for the brain. Participants who had consumed the oil for a month underwent the visual stimulation test again, with researchers finding their brain metabolism normal. “In one month we saw some improvement [in motor skills],” Mochel told HealthDay, “but it could be placebo-related because there was no control group.”

“We know the gene mutation for Huntington’s is present at birth and a key question is why symptoms don’t start until age 30 or 40,” Mochel said. “It means the body compensates for many years until aging starts. So if we can help the body compensate…it may be easier to see the delay of disease onset rather than slow the disease’s progression.” 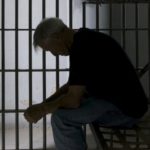