A comprehensive intervention program providing guidance on healthy eating, exercise, brain training, and management of metabolic and vascular risk factors helps preserve cognition and slow mental decline in older people at risk of dementia, according to new findings published in The Lancet.

Previous research has shown that there is a link between cognitive decline and overall health factors such as diet, exercise, and heart health. With that, researchers from the Karolinska Institutet in Sweden, the National Institute for Health and Welfare in Helsinki, and the University of Easter Finland conducted a first of its kind double-blind randomized control trial that evaluated the effects of an intensive program on these modifiable factors to see how it affected cognitive decline.

The Finnish Geriatric Intervention Study to Prevent Cognitive Impairment and Disability (FINGER) study enrolled 1,260 people aged 60 to 77 years and divided them into intervention and control groups. All participants were deemed to be at risk for dementia based on standardized test scores.

Over a two-year period, those in the intervention group participated in regular meetings with health professionals who administered comprehensive advice on diet, exercise programs, brain training, and management of metabolic and vascular risk factor through regular blood tests, while the control group only received regular health advice.

Researchers plan to follow the study participants for an additional seven years to see if the reduction in cognitive decline affects the rate of dementia and Alzheimer’s diagnoses as well as exploring the intervention’s effects on brain function. 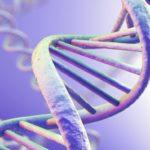 Mechanism Behind Familial Alzheimer’s is Different Than Thought