An impaired sense of smell may be linked to the development of amnestic mild cognitive impairment and the progression to Alzheimer’s disease dementia, according to research published in JAMA Neurology.

Previous research has suggested an association between loss of sense of smell and cognitive decline, mild cognitive impairment (MCI), and Alzheimer’s disease (AD) dementia, so Rosebud Roberts, MB, ChB, from the Mayo Clinic in Rochester, Minnesota and colleagues aimed to replicate these findings in a large study. They also sought to more closely examine the relationship between impairment of smell with the risk of MCI and specific MCI subtypes, as well as the progression to either AD or non-AD dementia.

The researchers examined 1,430 participants (49.4% men) between 2004 and 2010 with a mean (SD) age of 79.5 (5.3) years who had normal cognition. They were clinically evaluated at baseline and every 15 months through 2014 as either having normal cognition, amnestic MCI, nonamnestic MCI, or dementia.

The researchers note that because the B-SIT test is easily administered, does not require administration or interpretation by trained personnel, is non-invasive, and is relatively inexpensive, it may be beneficial for screening cognitively normal patients and patients with CMI to identify those who might benefit from early interventions to modulate the risk of progression. 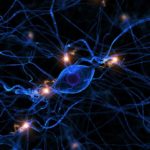 Hyperactive Neurons May Be Behind Immunotherapy Failure in Alzheimer’s