About 8.5% of patients with myasthenia gravis (MG) are drug-refractory, and these patients are more likely to be women, have an early onset age, and have anti–muscle-specific tyrosine kinase (MuSK) antibodies, according to a study in the Annals of Clinical and Translational Neurology.

Patients with MG are considered to be drug-refractory when their MG Foundation of America post-intervention status (MGFA-PIS) is either unchanged or worsens following treatment with corticosteroids and a minimum of 2 other autoimmune suppressive agents. These drugs are used in adequate doses for an adequate duration, but if patients present disabling symptoms or side effects, they may be classified as a patient with drug-refractory MG after an international expert consensus. Researchers believe identifying the characteristics of this patient population could potentially lead to new treatments and decrease mortality and morbidity.

The objective of the current study was to determine the clinical, immunologic, and therapeutic characteristics in patients with drug-refractory MG by reviewing data from the MG Registry in Spain, which is part of the Spanish Neuromuscular Diseases Registry.

A total of 42 patients (50%) had side effects that led to drug withdrawal.

The main study limitation is that the population may be biased regarding disease severity and nonresponse to commonly used drugs, as data were primarily collected at tertiary university hospitals. Also, the findings may be not transferable to smaller hospitals or other settings in different countries where not all treatments are available.

“Seronegative drug-refractory patients specifically need more effective drugs, as most patients do not respond favorably to any treatment,” stated the researchers. “The clinical and immunological characteristics associated with drug-refractory MG may indicate that distinctive immunopathologic pathways or biological mechanisms are involved in the development of drug-refractory MG.” 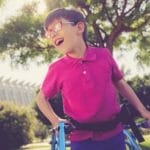 What’s the Prevalence of Mendelian Disorders in Cerebral Palsy?