Researchers from the Human Genome & Stem Cell Research Center (HUG-CELL) may have identified a target gene for treating Duchenne muscular dystrophy, according to research published in Cell.

Previous research has focused on targeting the gene that codes for the protein dystrophin and has only been partially effective. In this study, Natassia Vieira, PhD, of Boston Children’s Hospital, and colleagues aimed to identify a different approach to genetic therapy.

“These animals carry a point mutation on a splicing site that causes the skipping of exon 7 and a premature stop codon, resulting in the absence of dystrophin. [Dogs] and [humans] share many similarities in disease pathogenesis, including early progressive muscle degeneration and atrophy, fibrosis, contractures, and grossly elevated serum creatine kinase (CK) levels,” the authors wrote.

The researchers previously identified a golden retriever that completely lacked dystrophin but presented with a much milder form of the disease. It survived for 11 years, a normal lifespan for golden retrievers, and left a descendent with the same mutation that is now 9-years-old.

Aiming to identify a single gene responsible for the milder dystrophic phenotype, the researchers compared the genome sequence of the two dogs (named Ringo and Suflair) with 31 dogs with severe muscular dystrophy. Using combined approaches of genetic mapping and identity by descent, they found a region as a candidate for the milder phenotype, and only one gene within this region showed the altered expression in the mildly affected and severely affected dogs: Jagged1. Jagged1 is also present in the region associated with mild expression of muscular dystrophy in mice.

The researchers then tested whether the overexpression of Jagged1 could improve the expression of muscular dystrophy in zebrafish. They injected mRNA of one of two versions of the mamalian Jagged1 gene — either jagged1a or jagged1b — into approximately 200 eggs from heterozygous fish matings. Of the fish who were lacking dystrophin but who were injected with jagged1a, 75% were “rescued” from developing the abnormalities typically seen in zebrafish with muscular dystrophy. Of the fish injected with jagged1b, 60% were “rescued” from muscular dystrophy abnormalities.

“These results suggest that Jagged1 may be a new target for Duchenne muscular dystrophy therapeutic efforts in a dystrophin-independent manner, which will complement existing approaches,” the authors wrote. “In addition, further investigation on the gene target Jagged1 will contribute to a better understanding of the disease pathogenesis and molecular physiology.” 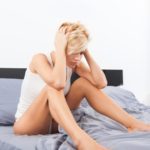