DMD is located in a fragile site of the X chromosome and as such is vulnerable to perturbations. The primary role of DMD is to maintain skeletal muscle integrity by connecting the cytoskeleton to the extracellular matrix. Mutations to DMD have been associated with muscular dystrophies and there is growing evidence that DMD may also play a role in certain cancers.

For this study, researchers from the University of Northampton in the UK performed a detailed bioinformatic analysis of LGG tumors (N=321) sourced from the Cancer Genome Atlas (TCGA) dataset. Variation in DMD expression detected using an RNA sequencing approach was related with patient survival outcomes.

The researchers observed differentially expressed genomic regions among high vs low expressed DMD tumors. A total of 106 differentially expressed genes were detected. There were 32 down-regulated and 74 up-regulated genes. Among the down-regulated genes, there was an enrichment in homeobox domains, indicating a potential role in embryonic development. Using two different approaches, 13 genes were identified as hub genes in the gene networks, several of which were involved in development.

This study may have been limited by sourcing data through a database and not confirming these findings among an independent cohort.

This study found that high DMD expression was an independent predictor of around a 7-year shorter mean survival among patients with LGG tumors. “This knowledge may help reduce and manage the unpredictable nature of LGG progression and recurrence by improving risk stratification,” the researchers concluded. 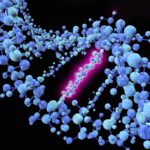