Newborn screening for Duchenne muscular dystrophy may identify other muscle diseases, therefore raising the risk of false-negatives, according to a review of screening programs.

With new developments in diagnostics, potential gene therapies, and evidence that early corticosteroid therapy improves outcomes, Duchenne muscular dystrophy (DMD) is being considered for inclusion in the recommended universal screening panel in the U.S. However, previous screening programs, which used creatine kinase (CK) levels as an initial DMD marker, have been known to identify other muscular conditions associated with an elevated CK level, clouding screening results.

In order to inform future screening protocols and follow-up testing, Michele A. Gatheridge, MD of the Department of Neurology at the University of Rochester School of Medicine and Dentistry in Rochester, NY and colleagues reviewed 10 previous DMD newborn screening programs, active from 1975 through 2011, to identify non-DMD conditions and false-negatives produced by these screenings.  The review was published in JAMA Neurology.

During the period reviewed, more than 1.8 million newborns were screened for DMD. There were 344 diagnoses of DMD, with a majority being boys. Most of the screening programs used a three step process of testing dried blood for CK followed by a confirmation serum test and muscle biopsy or DMD gene testing. All of the newborn screening programs conducted the testing during the first week of life, except for Germany, who screened infants at 4 to 6 weeks.

“Screening newborns for elevated CK levels on dried blood spots followed by DMD genetic analysis is an effective method for identifying patients with DMD before muscle fibrosis has started and symptoms have clinically manifested,” the authors wrote. Likewise, they recommend development of a follow-up protocol to address patients with elevated CK levels but negative DMD gene testing. They further point out that despite high sensitivity of CK for initial DMD screening, DMD newborn screening programs should remain aware of the risk for false-negative results. 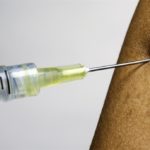