The 3 broad categories of pain management include medications, interventional therapies, and physical or psychosocial therapies. Generally speaking, a single medication will usually be inadequate to treat such a complex and intense condition, and typical analgesics such as acetaminophen, nonsteroidal anti-inflammatory drugs, or weak opioids are nearly always ineffective.

“There is going to be some kind of rational polypharmacy instead of a single bullet,” Dr Williams said. “The combination of medications and interventional treatments can be very effective with neuropathic pain.”

The only drug classes with solid evidence of effectiveness are tricyclic antidepressants, such as amitriptyline and serotonin-noradrenaline reuptake inhibitors like duloxetine, which are considered first-line treatments. The antiepileptics pregabalin and gabapentin are also first-line, but best for peripheral neuropathic pain, although more recent research has produced negative results. Combining either of these antiepileptics with a tricyclic antidepressant can be more tolerable and effective than monotherapy, particularly for diabetic neuropathic pain.

Patients who do not show adequate response to medications may try interventional treatments such as nerve blocks, modulation of specific neural structures, or surgical procedures for targeted drug delivery, but risks for infection or other adverse effects are possible.

Neurostimulation to interfere with pain signals at different processing stages consist of cryoablation or the application of electrical, radiofrequency, or magnetic energy to pain pathways. Nerve blocks and steroid injections offer short-term relief (typically lasting a few months), and do not reduce the likelihood of later surgical intervention.

Spinal cord stimulation is ideal for patients not responding to other treatments, as it was shown to be relatively safe, reversible, cost-effective, and long-lasting (with results lasting a minimum of 24 months in several studies), particularly if burst- and high-frequency stimulation is used vs monophonic square-wave pulse. Although less evidence supports neurostimulation of afferent fibers outside the spinal cord as a viable option, this intervention has also shown relief for several neuropathic pain conditions, including occipital and postherpetic neuralgia.7

A more controversial approach is that of deep brain stimulation: whereas this intervention was found to be effective for some patients, it is associated with serious risks, including seizure during the procedure, lead fractures, and wound infections.8

Intrathecal therapy to deliver morphine or ziconotide to specific nerves using an implanted, refillable pump is considered a last resort option.9 Dizziness, nausea, confusion, memory impairment, uncontrolled eye movements, and an increase in serum creatine kinase are the most common adverse events, but more serious morbidities and death are also associated with this treatment.

Of all psychological interventions, cognitive behavioral therapy is the only one supported by evidence; however, effect size is modest and varies across patients.10

“People with chronic pain are not passive; they actively attempt to change the causes of pain and change their own behaviour in response to pain,” wrote review author, Luana Colloca, MD, PhD, an associate professor of anesthesiology at the University of Maryland School of Nursing, and colleagues. “However, for many patients, such change without therapeutic help is unachievable, and repeated misdirected attempts to solve the problem of pain drive them further into a cycle of pain, depression and disability.” Further, it is not currently possible to reliably determine patients who will benefit most from psychological treatments or those most at risk for pain that is exceptionally difficult to manage.

Cognitive behavioral therapy would need to be part of an interdisciplinary approach, Dr Williams said, just as would biofeedback, acupuncture, mindfulness meditation, or other nonpharmacological approaches if any of those offer a patient some additional relief.

Looking Ahead: Phenotyping and Personalized Medicine

Although emerging, the practice of identifying specific phenotypes to better determine course of treatment is promising for a future of personalized medicine. For example, evidence suggests that patients displaying mechanical allodynia, but with intact nociceptive function, will be more likely to respond to systemic and topical sodium channel blockers, botulinum toxin A, and clonidine gel. “It would not be surprising if phenotyping has a great part to play in demonstrating the efficacy of psychological interventions as it does for medications,” the authors wrote.

Phenotype identification could also rely on genetic identifiers or certain combinations of symptoms or subjective descriptions of pain. For example, the voltage-gated sodium channel, Nav1.7, is established as an important pharmacological target, and identification of genetic mutations affecting this protein may inform treatment decisions.11

Dr Williams told Clinical Pain Advisor that the field is headed in the direction of using genetics, phenotype identification, and personalized medicine, but it is still in the early stages.

“It’s an approach that makes sense and that we’re all endeavoring to get to, and sometimes we can do that, but we’re still defining what those characteristics are,” Dr Williams said. The neuropathic pain categories that present the biggest challenges for genetics-based stratification are acquired ones, such as neuropathic pain resulting from diabetes, stroke, cancer, trauma, shingles, or anything else that’s polygenic or specific to an acquired disease. But eventually overcoming these challenges to offer personalized approaches to pain management will pay off in multiple ways.

“It’s good medicine, it tends to be less costly, and people tend to have higher satisfaction, as opposed to starting treatment in a stepwise fashion,” Dr Williams added. “Trial-and-error has dominated our approach for quite some time, but we’re starting to be able to move out of that and have a more specific approach that’s stratified and hopefully gives us a higher hit rate in terms of success sooner than that trial-and-error and stepwise approach.”

Didier Bouhassira has consulted for Grünenthal, Pfizer, and Indivior.

David Yarnitsky has received a lecture honorarium from Pfizer and holds equity in BrainsGate, and Theranica.

Nanna B. Finnerup has received advisory board honoraria from Teva Pharmaceuticals, Novartis, and Grünenthal, and research funding from EUROPAIN Investigational Medicines Initiative. 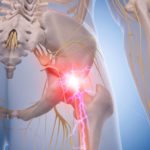 Pregabalin vs Placebo for Sciatica: Is It Effective?