An examination of treatment patterns among patients with trigeminal neuralgia suggests that this orofacial disorder appears to be significantly burdensome. Findings from this study were published in The Clinical Journal of Pain.

In order to characterize treatment utilization patterns, researchers used the US Truven Health MarketScan database to identify patients ≥18 years old newly diagnosed with trigeminal neuralgia. They examined the use of pharmacologic treatments such as carbamazepine and oxcarbazepine (both recommended as first-line therapies), pregabalin, gabapentin, baclofen, duloxetine, and topiramate. The use of surgery (posterior fossa, radiosurgery), and injections (peripheral anesthetic injections, Gasserian ganglion procedures) was also assessed. 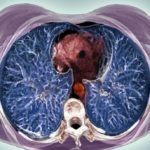