HealthDay News — Patients addicted to opioids are more likely to overcome their dependence if they receive a new long-acting implant rather than a daily treatment pill, according to a study published in the Journal of the American Medical Association.

The implant, sold under the name Probuphine, is placed in the upper arm of recovering addicts and releases a steady 6-month dose of buprenorphine. For the study, half of the 177 patients received 4 placebo implants and sublingual buprenorphine, while the other half received sublingual placebo and 4 80-mg buprenorphine hydrochloride implants.

The researchers found that 85.7% of the patients with the functioning implant maintained opioid abstinence during the 6-month trial, compared with 71.9% of patients taking oral buprenorphine. The 6-month implant is more expensive, costing about $4,900 — or more than $800 a month, lead researcher Richard Rosenthal, MD, medical director of Mount Sinai Hospital’s Center for Addictive Disorders in New York City, told HealthDay. By comparison, buprenorphine pills cost $130 to $190 a month.

The trial was funded by Braeburn Pharmaceuticals, the maker of Probuphine. 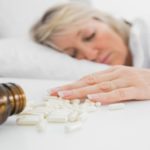 Risk of Chronic Opioid Use After Common Surgeries