Changes in connectivity between the dorsal anterior cingulate cortex (dACC) and regions of the brain involved in pain processing and motor control may predict the development of chronic pain months after a motor vehicle crash, according to the results of a preliminary study published in the Journal of Pain.

In previous studies, the dACC has been implicated in the adaptive control of pain and this region has been shown to have greater functional connectivity with pain processing regions in individuals with chronic pain.

In this study, 22 individuals (17 women; ages, 18-62 who had been in a motor vehicle crash underwent resting state functional magnetic resonance imaging (rsfMRI) and pain assessment (using the Visual Analog Scale for Pain [VAS Pain]; the study’s primary outcome) within a 2-week period following the incident. Pain ratings were also collected 6 months later.  In addition, study participants completed a self-report rating of posttraumatic stress symptoms at both visits using the Impact of Events Scale-Revised.

With the rsfMRI, investigators sought to examine dACC connectivity with regions involved in acute pain processing, including the brainstem, thalamus, somatosensory cortex, amygdala and insula.

At baseline, VAS pain ratings ranged from 0 to 5.50, and from 0 to 7.00 at 6 months. Of the 22 study participants, 12 (54.55%) reported experiencing pain 6 months after the injury, 7 of whom with comparable or worse pain severity at 6 months compared with baseline.

Study limitations include the small sample size, the use a single VAS rating, relatively low levels of pain in this cohort, and the lack of a control group.

“This study provides added evidence of the importance of dACC in pain as a target of treatment by demonstrating that dACC [functional connectivity] may be able to predict those most at risk for chronic pain,” concluded the researchers. 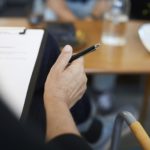