Researchers analyzed data from more than 3 million opioid-related hospitalizations catalogued in the 2011-2015 National Inpatient Sample. It was found that patients with chronic conditions including arthritis, spinal disease, asthma, liver disease, obesity, cancer, and stroke, were most likely to be treated with opioids for pain. The majority of patients were white, age 35 to 54 years, received care in urban hospitals, and had 2 or more chronic conditions. The researchers found that the percentage of men and women with opioid-related hospitalizations was approximately equal, although highest prevalence was in white patients, patients in urban hospitals, and patients Medicaid and Medicare patients. Asthma was the condition most associated with hospitalization, followed by obesity and liver disease. There was a significant association between opioid prescriptions and the presence of chronic disease for every year during the period studied. Of interest, more than 90% of patients exhibited 2 or more chronic diseases.

Although both rising rates of chronic disease and the opioid crisis have been called epidemics, they are treated separately by the healthcare system. However, the researchers suggest that these epidemics should be approached concurrently. They argue pain management in patients with chronic disease could be addressed with nonpharmacologic interventions such as exercise and cognitive behavioral therapy, which could, in turn, reduce the rate of opioid prescriptions.

Study limitations include the relatively short period from which the data was gathered, the lack of controlling for covariates, and the small number of chronic diseases studied. The researchers also omitted any mental health-related conditions from the study.

Despite this, findings show that patients with multiple chronic conditions exhibit a high prevalence for opioid-related hospitalization and should therefore be provided with interventions to educate them on the potential for opioid misuse. 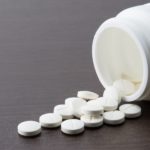