In a new study published in the journal Neuron, scientists from the University of Berne in Switzerland identify a mechanism in the brain they suggest is responsible for chronic pain. The researchers hope that their discovery will lead toward new treatments for chronic pain.

“The constant perception of pain severely influences the quality of life of the patients and represents an extraordinary emotional burden,” says lead author Thomas Nevian from the Department of Physiology at the University of Bern.

Nevian and colleagues’ discovery is the identification of a cellular mechanism in a brain region called gyrus cinguli, which is typically associated with the emotional aspects of pain. 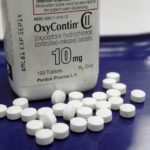