Adolescence is that turbulent transitional period between childhood and adulthood. Adolescence is generally acknowledged to begin with the appearance of secondary sexual characteristics, at approximately age 11 or 12 years, and to end with the cessation of physical growth, generally between age 18 and 20 years.1

Developmental tasks during adolescence include discovering self-identity, acquiring values to guide behavior, and increasing one’s sense of social responsibility. Despite overall rapid physical growth, portions of the adolescent brain may not reach maturity during this period, leading to poor judgment and risk-taking on the young person’s part.2,3

You have just completed an assessment on a 13-year-old female with the chief complaint of dysmenorrhea. She reports a 2-year history of monthly menses with occasional cramps that are relieved with ibuprofen. The physical examination is unremarkable, and the patient is verbal and cooperative, has good hygiene, and makes appropriate eye contact.

You notice a 2 cm x 3 cm irregular-shaped patch of intact, macular, ecchymotic skin on the patient’s right forearm. No blistering, peeling, scaling, underlying mass, or tenderness exists, and the lesion does not blanch. You inquire about the origin of the lesion and length of time it has been present. Your patient responds: “It’s the salt and ice challenge.” What?

The salt and ice challenge

The so-called salt and ice challenge involves precisely those two ingredients: Participants apply salt to a section of skin, then press ice cubes on top of the salt. The mixture of salt and ice results in a chemical reaction that lowers the freezing point of water, making the temperature on the skin surface colder than 32°F,and absorbs heat from surrounding skin. The numbing properties of the ice may leave the victim unaware of tissue damage. The effects of this chemical reaction are similar to frostbite and could result in second- or third-degree burns. Skin discoloration may become permanent.

The goal of the salt and ice challenge is to determine who can tolerate the burning sensation or pain the longest.4,5 Additional objectives may include posting videos or photographs of the challenge to social-networking sites to share with peers. Videos of this challenge as well as numerous others can be found on Facebook and YouTube.6

Risk-taking and the adolescent brain

Why do so many adolescents engage in risky, erratic, and potentially dangerous behavior? Contributing factors include peer pressure, the quest to establish personal identity, and immaturity of certain regions of the brain. The prefrontal cortex, which is responsible for cognitive control, reason, attention regulation, and response inhibition, is still maturing during adolescence.

The brain undergoes structural and functional changes during adolescence and is influenced by gonadal hormones, neurotransmitters, stressors, and gender.7,8 Gray matter thins and decreases in the brain’s prefrontal regions while white matter increases, speeding the transmission of impulses.9

Connections between brain cells increase and synaptic “pruning” of neural pathways occurs, that is, unused neuronal connections are eliminated. Synaptic pruning takes place mainly during preadolescence and early adolescence, the period during which basic information processing and logical reasoning usually improve greatly.9 Increased risk-taking during this period is thought to be the result of an immature self-regulation system and changes in reward sensitivity.

Adolescents require higher levels of stimulation to achieve subjective sensations of pleasure. Changes in dopaminergic levels play a role in affective and motivational regulation.8,9 The amygdala along with regions of the frontal cortex and temporal sulcus are involved in dopaminergic activity. These regions involve recognition of social stimuli such as judging attractiveness, assessing the intent of others, and perception of reward magnitude.

A decrease in prefrontal cortex dopamine receptors is more pronounced in males. It is theorized that increased risk-taking in males was an evolutionary adaptation essential for survival and necessary for skills such as finding food, shelter, or a mate.9 The amygdala is thought to have decreased stimulation in adolescents when faced with aversive stimuli, threats, or negative feedback.

Exposure to physical or social stress during adolescence can affect the cerebral maturation process, and the effects of such stress might not become evident until adulthood. These stressors can later affect memory and problem-solving, or increase the threshold for reward value of drugs.7

Adolescents tend to identify with a peer group, and departure from group standards may result in alienation from that group. Cognitive tasks involve considering other points of view and behaving in a culturally acceptable manner.10 Health professionals can help adolescents navigate through this period by listening, providing anticipatory guidance, and screening for risks.

Intentional and unintentional injuries are among the leading causes of adolescent morbidity and mortality.11 Integrating preventive screening into daily practice would promote early identification of problems such as risky behavior and allow intervention and guidance. 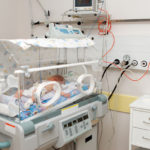