Children with neurodevelopmental disorders, such as autism spectrum disorder (ASD) and attention-deficit/hyperactivity disorder (ADHD), have the greatest association with bullying exposure, according to a research letter published in the Journal of the American Medical Association Pediatrics.

Children with an NDD will be bullied more frequently than peers without an NDD predisposing them to future emotional and behavioral issues. Sociodemographic factors in bullying are mixed, and how these factors interact in children with an NDD in relation to bullying remains even more ambiguous.

In the current study, researchers sought to examine the factors that attribute to the association between NDDs and the risk for being bullied.

The researchers conducted a retrospective cross-sectional study of 71,800 children with NDDs based on parental reports from the National Survey of Children’s Health 2016-2017 and compared the proportion of children identified with ASD and ADHD, Tourette syndrome, learning disability, intellectual disability, and epilepsy to the risk for bullying exposure. Logistic regression models were used to identify potential factors related to the risk for bullying exposure.

ASD and ADHD were the NDDs with the greatest association with bullying exposure. Special health care needs (SHCN) (Odds ratio [OR], 1.9; 95% CI, 1.6-2.2), adverse childhood experience (OR, 1.6; 95% CI, 1.4-1.9), and disadvantaged neighborhoods (OR, 1.3; 95% CI, 1.1-1.5) were associated with a greater risk for being bullied. Older children (12-17 years of age) with ASD faced a greater likelihood of being bullied than younger children with ASD, and older age was associated with a lower risk for bullying among children who do not have ASD. 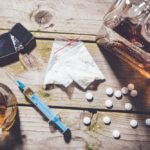 Prevalence of Substance Use Down in Youth During Pandemic