A higher omega-6 to omega-3 ratio in the mother’s diet may increase the risk of attention deficit hyperactivity disorder (ADHD) symptoms in offspring, according to findings from a study published in the Journal of Pediatrics.

Researchers quantified the levels of omega-6 and -3 that reached the fetus by sampling umbilical cord plasma. Omega-3 and omega-6 long-chain polyunsaturated fatty acids (LCPUFA) were assayed in 953 cord plasma samples based on availability. ADHD symptoms were assessed through questionnaires; the first completed by the children’s teacher at age 4 and the second by their parents at age 7. In total, 580 and 642 children in the 4-year-old and 7-year-old assessment periods, respectively, with data for both LCPUFA and ADHD were included in the analyses.

These effect estimates were not clinically significant, but the authors state that they are important at the population level. “If a large proportion of the population is exposed to a high omega-6:omega-3 ratio, the distribution for ADHD symptom scores would likely move to the right and the prevalence of extreme values would increase, leading to a negative impact on the community’s health costs and productivity,” said Mónica López-Vicente, ISGlobal researcher and lead author of the study.

Previous studies have shown a relationship between omega-3 supplementation and a decreased impairment in executive functioning among some children. Omega-6 fatty acids promote systemic pro-inflammatory states, while omega-3 promotes anti-inflammatory states, and are primarily obtained through diet. 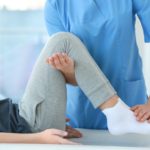 Guidance Offered for Managing Therapy Services in Children With Disabilities