According to a case study published in Pediatrics, the use of a daily herbal kratom supplement to treat opioid dependence in a pregnant mother was associated with neonatal abstinence syndrome (NAS).

Maternal opioid use during pregnancy increases the risk for neonatal NAS, a syndrome whose incidence appears to be increasing. The investigators reporting on the case study indicated that the effects of Kratom use during pregnancy are largely unknown, despite the wide online availability of the herbal supplement. Kratom is often used as an analgesic that produces opioid-like effects. Dependence on kratom is possible, and discontinuation of the supplement can lead to dose-dependent abstinence syndrome with similar symptoms observed in opioid withdrawal.

In the case study, a mother with a 7-year history of oxycodone use gave birth to a term male neonate with signs of opioid withdrawal at age 33 hours. The last time of oxycodone use was 2 years prior to delivery and her immunoassay urine drug screen was negative, indicating that opioids were possibly not the causative factor of the NAS.

The father of the child disclosed that the mother used daily kratom tea during the pregnancy to help with sleep and opioid withdrawal symptoms. The infant appeared “overly sedated” but without respiratory depression following initiation of morphine (0.03 mg/kg every 3 hours), according to the nursing staff. In addition, the infant developed sinus bradycardia. On the third day of life, morphine was discontinued.

Governmental policing of kratom by the US Food and Drug Administration (FDA) has been discussed. In early 2018, the FDA issued a statement that classified specific compounds in kratom as opioids. Despite this, kratom is unregulated and is available over-the-counter. While its effect on the developmental fetus is uncertain, advocates claim the benefits of kratom as a prescription opioid alternative outweigh the potential risks.

Since kratom is usually not reported on urine drug screens, the investigators suggested that “pediatricians need to ask specifically about nonprescription uses during pregnancy when taking histories from mothers with opioid dependence to better care for their newborns.” 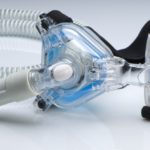 Montelukast With or Without Intranasal Steroids Evaluated for Pediatric OSA