A total of 2108 preterm infants (<29 weeks’ gestation) who were admitted to Canadian Neonatal Network units received either early caffeine therapy (n=1545) or late caffeine therapy (n=563). Early and late caffeine therapy were characterized as caffeine administration within 2 days of birth and after 2 days of birth, respectively. The primary outcome was composed of significant neurodevelopmental impairment, which was characterized by cerebral palsy or a Bayley Scales of Infant and Toddler Development, Third Edition, composite score <70; bilateral visual impairment; or hearing aid or cochlear implant at 18 to 24 months’ corrected age.

The lack of a set guideline for caffeine use across centers and the lack of data regarding specific caffeine dose used represent 2 limitations of the study.

“We do not have data that indicate the earliest that caffeine would have to be given to get maximum benefit, and thus it should not be counted as an emergency medication yet,” the researchers wrote. “However, amid the stabilization of extremely preterm neonates, it should not be forgotten, and administration should be considered a priority once the neonate is stabilized.” 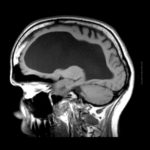 Hydrocephalus May Be a Complication of Congenital Zika Syndrome