It is safe to treat children with acute ischemic stroke and large vessel occlusion using endovascular thrombectomy, according to a study recently published in the Journal of Neurointerventional Surgery. Neurological and technical outcomes associated with the use of standard adult devices on children at least 18 months old were not significantly different from those in adults.

This retrospective review included 19 children (63.2% boys, mean age 10.9±6 years) with acute ischemic stroke and large vessel occlusion. All participants were younger than 18 years old at the time of encounter. These individuals were identified from local databases and underwent endovascular thrombectomy between 2008 and 2017 in 9 facilities across the United States. Baseline data included radiographic findings, etiology, acuteness of stroke, medical comorbidities, weight, and age. A successful procedure was defined as a score of at least 2B on the modified Thrombolysis in Cerebral Ischemia, whereas satisfactory neurological outcome was defined as a score between 0 and 2 on the modified Rankin Scale at days 30 and 90.

Participants had a mean score of 13.9±5.7 on the NIH Stroke Scale at time of presentation, with 88.2% of participants undergoing computed tomography assessment and 58.8% undergoing perfusion assessment. In 52.6% of participants, a stentriever was used as the first-pass device, whereas aspiration was used in 36.8% of cases. Following a mean of 2.2±1.5 passes, 89.5% of participants had successful revascularization. NIH Stroke Scale score decreased by a mean of 10.2±6.2 points between admission and discharge, with 89.5% of participants experiencing a favorable neurological outcome at 90 days. The time from groin puncture to recanalization was 48.7±37.3 (median, 41.5) minutes. With the exception of one case of seizure after revascularization, no deaths or procedural complications took place.

Limitations to this study include a retrospective analytic design, potential reporting bias, a lack of comparison arm, limited ability to assess the efficacy of thrombectomy, a lack of central evaluation of radiographic and clinical outcomes, and a lack of tools specific to pediatric disability assessment or stroke severity.

The researchers conclude that “endovascular therapy [is] safe and feasible in treating pediatric patients with [acute ischemic stroke] and an underlying [large vessel occlusion]. This is a promising modality for the treatment of this rare but serious condition.” 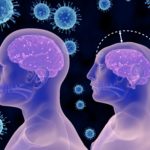 Neurologic Manifestations of Zika Virus Infection: What We Know So Far