Stroke in children is a much less common occurrence than in adults; however, it is far less understood, frequently underdiagnosed, and treatment is often delayed too long. Stroke in childhood can lead to life-long neurodevelopmental disabilities and seizure disorders and is associated with a high mortality rate of 10% to 25%.1,2 A National Institutes of Health study estimated the incidence of recurrence of stroke at approximately 25% in children, and as many as 66% will have persistent neurologic deficits or subsequent seizure disorders, learning disabilities, or developmental problems.3

The 2019 pediatric stroke management joint scientific statement from the American Heart Association and the American Stroke Association4 notes that whereas atherosclerosis is a primary cause of stroke in adults, stroke in children is from a range of other causes, “although it is now clear that the atherosclerotic process that leads to a stroke in adulthood may begin in childhood and that dyslipidemia tends to be more prevalent among children with ischemic stroke than in other children,” they reported.

A number of current gaps in understanding create impediments to prompt diagnosis and treatment of stroke in children, including:

·A range of stroke mimics that mislead clinical diagnoses

One of the most challenging features of stroke in children is that the stroke is often unrecognized by parents and later by emergency medical technicians and emergency clinicians, leading to significant delays in treatment. “Strokes are not very common in children. They affect 1 in 4000 newborns and 3 in 100,000 older children,” Lori Jordan, MD, director of the Pediatric Stroke Program at Vanderbilt University Medical Center in Nashville, Tennessee, explained to Neurology Advisor. ”Because they are uncommon, most families and physicians do not think about children having a stroke,” she said.

According to a 2019 assessment of ways to improve pediatric stroke care by Lehman and colleagues,5 delays both before and after arrival at the hospital contribute to longer times to stroke diagnosis in children compared with adults. Studies have shown that up to 25% of parents wait as long as 24 hours for symptoms to pass before taking their child to the emergency department, and nearly half never consider stroke a possibility. Once in the hospital, the Lehman review found that median time to diagnosis across multiple studies ranged from 23 to 36 hours for a diagnosis of stroke to be made.5

Several factors contribute to delays in diagnosis, the most significant of which is the broad range of conditions included in the differential diagnosis. “There are other conditions that can ‘mimic’ a stroke in a child, things like migraine with weakness and focal seizure followed by weakness,” Dr Jordan said. Other mimics include hypoglycemia, demyelinating disorders, tumors, and posterior reversible leukoencephalopathy syndrome.

Because of the relative rarity of stroke in children, many clinicians tend to presume that mimics are the cause of the symptoms.6 In a 2017 review of neuroimaging in pediatric stroke, Mirsky and colleagues6 concluded that, “failure to consider stroke in the differential diagnosis of children who present with signs suggesting it continues to delay its diagnosis until well beyond the time that acute interventional therapy can be effectively administered.”

Notably, an estimated 20% to 50% of stroke-like presentations in children are actually stroke mimics. A 2015 study by Ladner and colleagues7 reported that of 124 children with stroke-like symptoms, 30 were confirmed to be experiencing stroke and 2 had transient ischemic attacks, representing 24% of the cohort. Another 14% were diagnosed with meningitis/encephalitis, neoplasm, or other nonstroke emergencies. Complex migraine and seizure activity accounted for another 32% of cases.7

Other challenges relate to the use of diagnostic imaging. Computed tomography (CT) is preferred for detection of stroke in adults but CT has been reported to miss acute ischemic stroke in up to 47% of pediatric cases, and stroke mimics are difficult to distinguish on CT.8 Quick access magnetic resonance imaging (MRI) is much more useful in identifying strokes as well as many stroke mimics; however, access to this technology is often limited at healthcare centers that do not have a specific pediatric stroke protocol.9 The need for sedation in children to obtain the MRI presents special risks, and changes that occur in the brain during childhood development make MRIs more challenging to read.6 The possible presence of metallic orthodontia may also interfere with a clear MRI scan.6

Clinical trials in acute pediatric stroke are currently lacking, although management has improved in recent years as a result of the attention given to prestroke evaluation, the development of pediatric stroke registries, and improved awareness among emergency caregivers about the possibility of stroke in children.5,6 Multiple reviews report that improved access to MRI and the implementation of acute pediatric stroke protocols in certain medical centers has resulted in decreased time to diagnosis and improved initiation of stroke treatment in children.5,6

Dr Jordan pointed out that clinicians are generally following the best procedures according to the current understanding of stroke in children. “We actually need more research into how to best treat children with strokes,” she stated, suggesting that pediatric time to treatment could be readily improved by changes in practice, “first, by thinking of stroke as a possibility in children. Most doctors are quite good at identifying stroke in adults. We just need to assess children carefully, and we can identify more children with stroke. I think we should be providing good supportive care for children with strokes right away. This includes intravenous fluids and bringing down a fever if they have one,” Dr Jordan said. 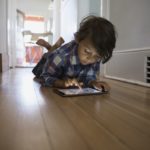