Study researchers proposed a case definition for acute fulminant cerebral edema (AFCE) based on a clinical profile of patients from the California Encephalitis Project (CEP), according to study results published in the Journal of the Pediatric Infectious Disease Society.

The study researchers reviewed the case histories of all pediatric patients with cerebral edema who had been referred to the CEP between 1998 and 2012 and who had progressed to fulminant cerebral edema. The case definition was developed to include fever, altered mental status, and/or new-onset seizures, followed by progression to diffuse cerebral edema, as documented by neuroimaging and/or autopsy.

The study researchers differentiated known causes of cerebral edema by excluding patients with a history of epilepsy, organic brain injury, metabolic disorder, or neurologic disease, along with patients with an admission serum sodium of less than 130 mEq/L. They also excluded patients with neurologic signs and symptoms as a secondary effect.

All AFCE patients had fever and most had new-onset seizures (24; 80%) and/or altered mental status (25; 83%). Of the 24 patients aged 4 years and older, 19 (79%) had headache. Nearly all patients (28; 93%) had upper respiratory tract (URT) and/or gastrointestinal (GI) symptoms. Of this group, 11 presented with both URT and GI symptoms, 3 with only URT symptoms, and 14 with only GI symptoms (of which 11 had vomiting without diarrhea).

Of the 12 AFCE cases that indicated acute infection, 2 met CEP criteria as confirmed etiologies (enterovirus, human herpes virus type 6), whereas 10 others had evidence of a respiratory pathogen.

AFCE appears to be uncommon, and tertiary institutions would likely encounter only 1 or 2 cases “every few years.” Its etiology likely includes both genetic and environmental factors, the study researchers said. A wide range of therapies was provided by treating physicians and no specific treatment was associated with improved outcome.

Additionally, avoiding hyperthermia in AFCE patients “may prove beneficial” because AFCE has clinical and demographic similarities to influenza-related neurologic complications.

Limitations include those due to its retrospective nature and CEP referral likely being biased toward more severe and diagnostically challenging cases, which limits the representation of all encephalitis patients.

“We suspect that no single pathogen is responsible for the development of AFCE but rather that any number of relatively common infections can trigger this phenotype in certain individuals,” the study researchers concluded. 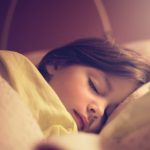