HealthDay News — There is an increased risk of intellectual disability in children whose mothers take antidepressants while pregnant, but the association appears to be related to factors other than the medication use itself, according to a study published in JAMA Psychiatry.

Researchers tracked data on 179,007 children born in Sweden in 2006 and 2007, including 3982 whose mothers took antidepressants during pregnancy. The researchers defined intellectual disability as “major limitations in both intellectual functioning and adaptive behavior.”

“Our study provides more information for clinicians to evaluate the risks in pregnant women taking antidepressants,” study coauthor Abraham Reichenberg, PhD, professor of psychiatry at the Icahn School of Medicine at Mount Sinai in New York City, said a Mount Sinai news release. “It should be factored into other considerations such as the increased risk for the mother if not medicated, the drug’s side effects, and other medical conditions.” 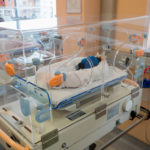