Reduced cortical thickness in the prefrontal cortex (PFC) related to childhood obesity may result in compromised executive function, according to study results published in Cerebral Cortex.

Maturation of the PFC is linked to the development of executive function in childhood and pediatric obesity has been associated with changes in the PFC. To assess whether these changes mediate the relationship between increased adiposity and executive functioning, investigators analyzed magnetic resonance-derived measures of cortical thickness and related them to body mass index (BMI) and executive function scores of 2700 children between the ages of 9 and 11 years.

Children were part of the National Institutes of Health Adolescent Brain and Cognitive Development (ABCD) study, which included a battery of executive functioning and imaging tests. Obesity was assessed using BMI and BMI z scores based on sex and age. Because puberty affects cortical thickness development, investigators also included dehydroepiandrosterone (DHEA) level as a covariate, as well as age, sex, race, birth weight, and in-scanner motion, among other factors.

Overall, the investigators concluded that the association between increased BMI and lower executive function in childhood is likely mediated by their shared relationship with thickness of PFC regions. However, they were unable to distinguish between different possible models to determine the causal relationship between BMI, executive function, and cortical thickness due to the cross-sectional nature of the available data.

In addition, BMI is less directly related to cardiometabolic risks than metrics such as waist circumference and waist-to-height ratio and may not fully capture the variations in cortical thickness as they relate to adiposity.

“The data are consistent with a mechanism whereby PFC changes in childhood obesity may lead to altered regulation of inhibitory control and risk-taking behavior and further difficulties in weight control,” the investigators wrote.

Disclosure: One study author declared previous affiliations with the pharmaceutical industry. Please see the original reference for a full list of authors’ disclosures. 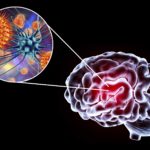 Majority of Cases of Childhood Encephalitis Caused by Viral Infections