Protocols for death by neurologic criteria (DNC) differ among pediatric institutions in the United States. A cross-sectional study of these protocols found that aligning institutional practices with national guidelines would improve consistency and accuracy, according to findings published in Neurology.

Study researchers invited institutions belonging to the Children’s Hospital Association (n=242) to anonymously submit protocols in 2018. Each protocol was independently reviewed by 2 physician-investigators and compared with current national guidelines.

A total of 118 hospitals provided sufficient information to participate in this analysis. Most (86%) made reference to the 2011 guidelines and 9% were formulated prior to the publication of current guidelines.

Of the protocols published after 2011, 77% were in line with guidelines that only attending physicians could perform the DNC evaluation, 85% were in agreement that only patients with a gestational age of at least 37-weeks’ should be evaluated, 64% specified that the exam should occur 24-hours after brain injury, and 75% defined time of death as the time the final neurologic examination or apnea test was completed.

Common prerequisites for the exam included identification of a mechanism of catastrophic brain injury (97%), minimum core body temperature (97%), and a blood pressure target (66%).

This study was limited as it only addressed protocol content rather than physician DNC practices. Additionally, it did not assess why different institutions promoted varying protocols which violated current national guidelines on DNC evaluations.

The study authors concluded that there was considerable variability across institutions for DNC protocols among pediatric hospitals. It is likely that new strategies are needed to assure that institutions adopt current guidelines such that consistent and accurate DNC findings can be maintained across sites. 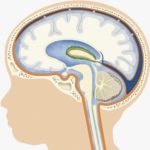