Causes of childhood encephalitis are predominantly epidemic viral infections and frequently include vaccine-preventable diseases, according to study results published in Clinical Infectious Diseases.

Encephalitis most commonly affects children and is recognized as a cause of considerable disease burden. However, since 1998, there has been a paucity of studies that include and focus on children. This has likely caused sampling biases in these studies when assessing the severity of disease and etiologic spectrum. Therefore, this study evaluated the contemporary causes, clinical features, and short-term outcome of encephalitis in a cohort of Australian children.

Between 2013 and 2016, children aged ³14 years admitted to 5 major pediatric hospitals with suspected encephalitis were prospectively identified using the Pediatric Active Enhanced Disease Surveillance Network. Each case was reviewed and categorized using published definitions by a multidisciplinary expert panel. The cases of confirmed encephalitis were further categorized into etiologic subgroups. In total, 287 children met the criteria for confirmed encephalitis and were included in the study.

Researchers reported that no clinical feature was present in all children. The most frequently noted signs were lethargy (90%), fever (74%), altered personality/ behavior (73%), seizure with loss of consciousness (45%), reduced Glasgow Coma Scale (43%) score, and a focal neurologic sign (45%).

Overall, the study authors concluded that, “This severe disease continues to cause death in 1 in 20 affected children, and results in considerable neurological morbidity among survivors.” 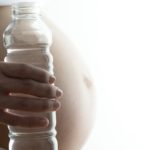