Children with and without attention deficit hyperactivity disorder (ADHD) do not have significantly different cyclic alternating pattern (CAP) analyses and interval distributions. They present with high CAP rates, which is normal for peripubertal children, according to study results published in the Journal of Sleep Research.

A team of researchers in Switzerland and Italy conducted a study to determine CAP in children with ADHD who may be considered to have sleep disorders. They conducted the analysis of the visual cyclic alternating pattern in a blinded manner.

Children with ADHD and children in the normal cohort expressed similar CAP parameters. They had an expected CAP rate of approximately 50% based on normative values for their respective age ranges.

“Future studies are needed to explore changes of sleep microstructure in terms of CAP parameters after treatment with stimulants in those without IEDs, compared to those with IEDs or OSA,” the study investigators noted. “A more detailed analysis of the neuropsychological profile of children with ADHD and an epileptic phenotype would also be necessary, in order to recognize and treat them promptly,” they concluded. 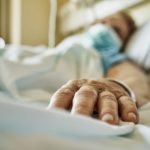