The prevalence of mood disturbances and anxiety in patients with obstructive sleep apnea (OSA) may be overestimated throughout a large body of evidence, according to a study published in the Journal of Clinical Medicine.

The 12-week longitudinal, single-arm anxiety and depression in patients with OSA before and after Continuous Positive Airway Pressure (ADIPOSA) study included 48 participants aged 18 to 80 years with moderate to severe OSA. Each participant completed a full-night ambulatory sleep diagnostic test as well as an assessment of cognitive-affective depression and anxiety symptoms, using the Beck-Depression Inventory-Fast Screen (BDI-FS), the State-Trait Depression Inventory (IDER), and the State-Trait Anxiety Inventory (STAI).

The relationship between OSA and depression is complex and remains unclear; results showed changes in depression symptoms after CPAP use only when considering euthymia. There were no general changes in depression symptoms when measured with BDI-FD, and yet there were significant reductions in STAI-Trait scores (P =.005; d=0.413), as well as in IDER-State (P =.02; d=0.274) and IDER-Trait scores (P =.024; d=0.296). Significant decreases in IDER-State euthymia and IDER-trait euthymia scores were also observed (P =.017; d=0.328 and P =.004; d=0.402, respectively). These findings expose an original and remarkable difference between measurements using BDI-FS and IDER.

This study was limited by its design and methodology; the lack of a comparison group did not allow researchers to determine the cause-effect relationship between treatment and results. An unequal number of men and women was included in the sample, though this is consistent with the well-established higher prevalence of OSA in men. Accurate measures of other outcomes such as quality of life, exercise practice, and nutritional habits were not included in the study. Future studies need not only larger and balanced samples, but also include only “accurate measurements of non-overlapping cognitive-affective depression and anxiety symptoms adjusted to medical patients.”

“According to our findings, the prevalence of mood disturbances and anxiety in patients with this condition may have been overestimated throughout the large body of evidence, as we did not find a clinically relevant occurrence of non-overlapping depression and anxiety symptoms,” the researchers said. “The distinction of both dysthymia and euthymia components of depression may also be crucial when assessing treatment effects on this mood disturbance. In this regard, we found that a [12]-week CPAP therapy was specifically effective at improving the lack of positive affect, a potential health-protective factor of relevance. However, not until depression and anxiety disorders related to chronic diseases are accurately measured in clinical and research settings will it be possible to obtain robust conclusions on occurrence and amelioration after medical and/or psychological treatment of these disturbances.” 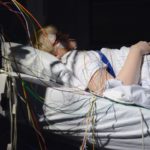