HealthDay News — Having diabetes and frequent sleep disturbances increases the risk for early death, according to a study published online June 8 in the Journal of Sleep Research.

Malcolm von Schantz, Ph.D., from the University of Surrey in the United Kingdom, and colleagues assessed whether self-reported sleep disturbances, particularly in people with diabetes, are associated with increased mortality risk. The analysis used data from the U.K. Biobank (487,728 adults; mean follow-up time, 8.9 years).

“Although we already knew that there is a strong link between poor sleep and poor health, this illustrates the problem starkly,” von Schantz said in a statement. “The question asked when the participants enrolled does not necessarily distinguish between insomnia and other sleep disorders, such as sleep apnea. Still, from a practical point of view it doesn’t matter. Doctors should take sleep problems as seriously as other risk factors and work with their patients on reducing and mitigating their overall risk.” 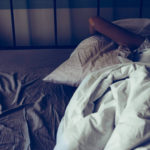 Lack of Knowledge on Idiopathic Hypersomnia Often Leads to Misdiagnosis