Having prolonged periods of insufficient sleep is linked to significant increases in blood pressure during nighttime hours.

This was the finding of a small study from Mayo Clinic that was presented at the 64th Annual Scientific Session of the American College of Cardiology in San Diego on Sunday.

The Centers for Disease Control and Prevention (CDC) say insufficient sleep is a public health epidemic in the US. Insufficient sleep is linked to motor vehicle accidents, industrial disasters and medical and other occupational errors. People who do not get enough sleep are also at higher risk for chronic diseases such as high blood pressure,diabetes, obesity and depression, as well as cancer, premature death and reduced quality of life and productivity. 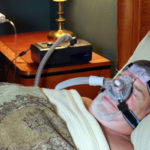