Patients admitted to the hospital for myocardial infarction (MI) with a known diagnosis of obstructive sleep apnea (OSA) were found to have improved in-hospital mortality, according to results presented at the CHEST 2019 Annual Meeting, held October 19 to 23 in New Orleans, Louisiana.

Although previous evidence has recognized OSA as a cardiovascular risk factor, OSA’s effect on mortality for patients admitted with an acute MI has been debated. In this study, investigators aimed to explore the effect of OSA on patients admitted for MI, with a specific focus on length of hospital stay, total in-patient charges, and in-hospital mortality.

Investigators of this retrospective cohort study used International Classification of Diseases, Ninth Revision, codes to identify adult patients (aged ≥18 years) in the Nationwide Inpatient Sample diagnosed with MI, with and without concomitant OSA, from 2012 to 2015. Data pertaining to hospital length of stay, total inpatient charges, inpatient mortality, and average age at admission were also collected. Those without clinical identifiers (age, sex, race, and death) were excluded.

The researchers acknowledged that the younger age of patients in the OSA group may have contributed to the mortality benefit observed, but its causality cannot be inferred.

These data “may benefit clinical decision making in this group of patients and promote further research on the subject while strengthening the existing body of literature,” they concluded. 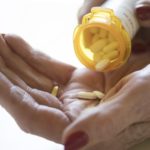