Michelle C. Dumoulin Bridi, PhD, of the University of Pennsylvania and Johns Hopkins University, and colleagues explored the role of REM sleep on vision development in cats with the purpose of better understanding REM sleep’s role in plasticity. The concept is relevant not just for developing animals, but children and adolescents who undergo rapid brain changes.

During the study, the cats’ brain activity was monitored while both awake and asleep. The cats, who wore eye patches over one eye, were awoken while sleeping, some during REM and others during non-REM sleep. Those who experienced a deficit in REM sleep did not develop normal vision, indicating REM sleep’s role in plasticity of the visual cortex. Additionally, activation of a critical enzyme—extracellular signal-regulated kinase (ERK)—which is only active during REM sleep and converts neuronal genes into proteins, was inhibited. Without REM sleep, changes to the visual cortex appeared to be less permanent and the ERK enzyme did not activate.

“REM sleep acts like the chemical developer in old-fashioned photography to make traces of experience more permanent and focused in the brain,” said study author Marcos Frank, PhD. “Experience is fragile,” he said. “These traces tend to vanish without REM sleep and the brain basically forgets what it saw.”

“This is the first time these similar events have been reported to occur in the developing brain during REM sleep,” said Frank. “Up till now, there has not been strong evidence to show that waking experience reappears during REM sleep.”

The authors pointed out that REM sleep also likely plays a role in the development of other brain structures and functionalities, and they stressed that the study’s results have serious implications for how we should address sleep in children.

They specifically pointed to the increase in prescribing of behavioral medications, such as ADHD therapies and antidepressants, as a cause for concern since these medications may suppress sleep, specifically REM.

“The fact is, we have very little pre-clinical research data to tell us what these drugs are doing to developing brains in both the short and long term,” Frank said. “REM sleep is very fragile—it can be inhibited by drugs very easily.” 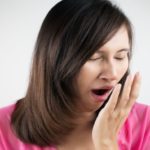