A cross-sectional study found that sleep duration may affect episodic memory, according to study findings published in the Journal of Sleep Research.

For temporal trends, between the second and third MIDUS follow-ups, no associations were observed between sleep duration or quality and cognitive scores. Trends were similar among genders and age groups.

This study was limited as it was not a representative sample of the general population of the United States, skewing toward the White, educated population.

These data suggested that people with long sleep durations may have lower cognitive performance. This association likely affects men and women differently. Additional studies are needed to confirm these findings. 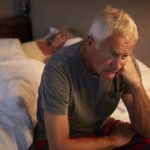