Anodal transcranial direct current stimulation (tDCS) during a speech therapy program may be helpful for improving item recall in patients with aphasia following ischemic stroke, according to findings from a double-blind randomized clinical trial published in JAMA Neurology.

Study investigators enrolled patients with ischemic stroke with Western Aphasia Battery-Revised (WAB-R14)-confirmed aphasia who attended an outpatient clinic between August 2012 and March 2017. The participants, all of whom had >6 months aphasia as a result of 1 prior left hemisphere stroke, were randomly assigned to undergo either A-tDCS (n=34) or sham tDCS (n=40) to the preserved left temporal lobe regions in addition to 3-week outpatient speech therapy. The primary outcome was comprised of the patients’ ability to verbally identify common objects, which was evaluated twice prior to and following treatment.

Although the differences were non-significant (P =.896), the average difference between the 2 groups in terms of the primary outcome was 5.7 words (95% CI, −0.9-12.3), demonstrating a 70% increase in patients achieving object identification following A-tDCS compared with the sham intervention.

Lack of generalizability due to the predominantly male and non-Hispanic white cohort represents the study’s primary limitations.

The non-significant advantage of “anodal tDCS during speech therapy should be further assessed for treatment of patients with aphasia,” the researchers concluded. 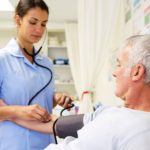 Skills-Based Intervention Did Not Cut Systolic BP After Stroke, TIA